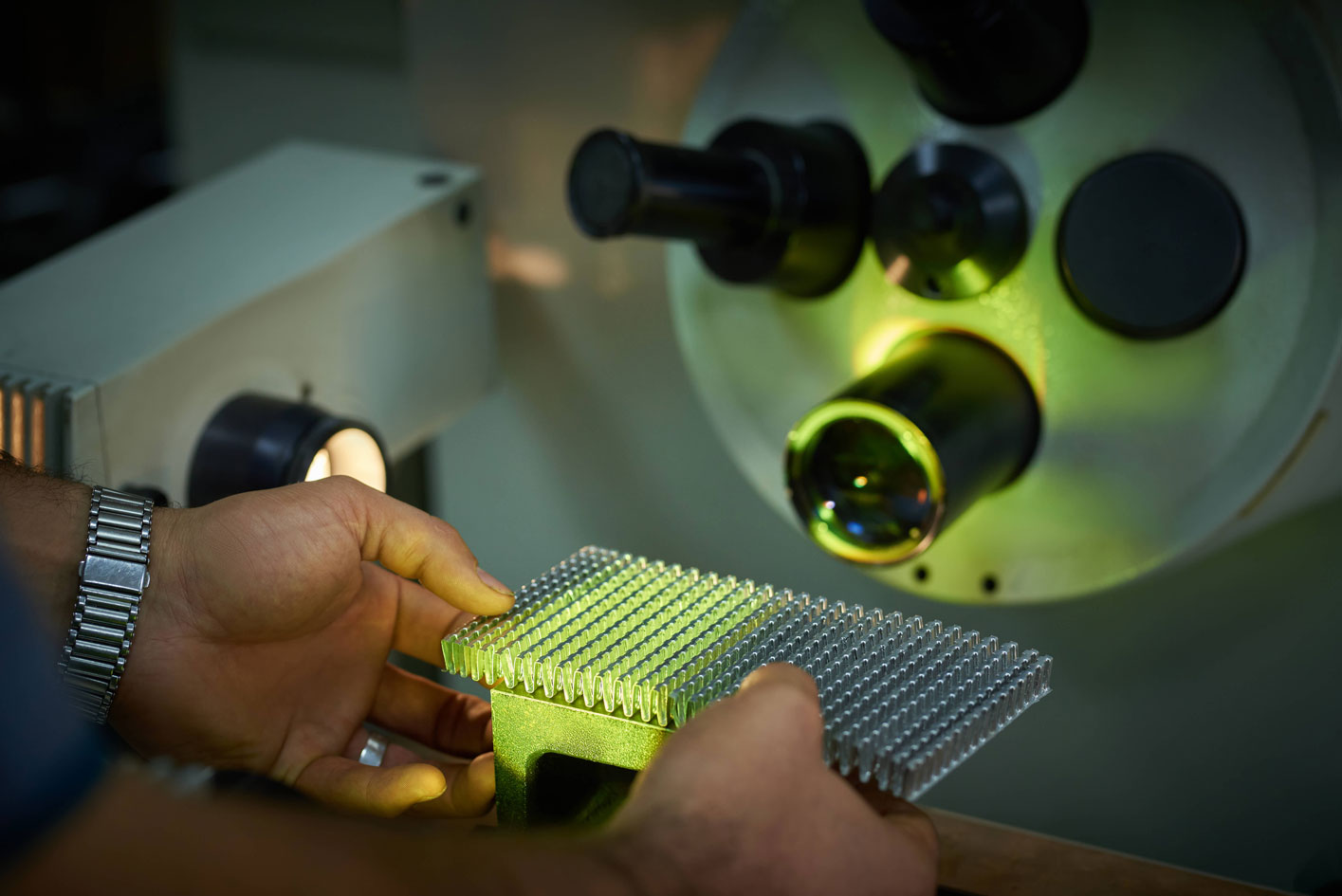 As the direct responsible for product quality, the quality control department, inspects all stages of production and final products, while continuously monitoring the suppliers’ site. Using control tools such as SPC, MSA, and QFD, it takes benefits of engineering and production departments to improve the quality level of products. And in case of any quality problems, the company applies D8, 6 Sigma techniques, and fish bone diagram techniques to solve quality problems. By equipped laboratories and up-to-date standards of automotive industry controls, the company employs a comprehensive performance program to monitor its production. 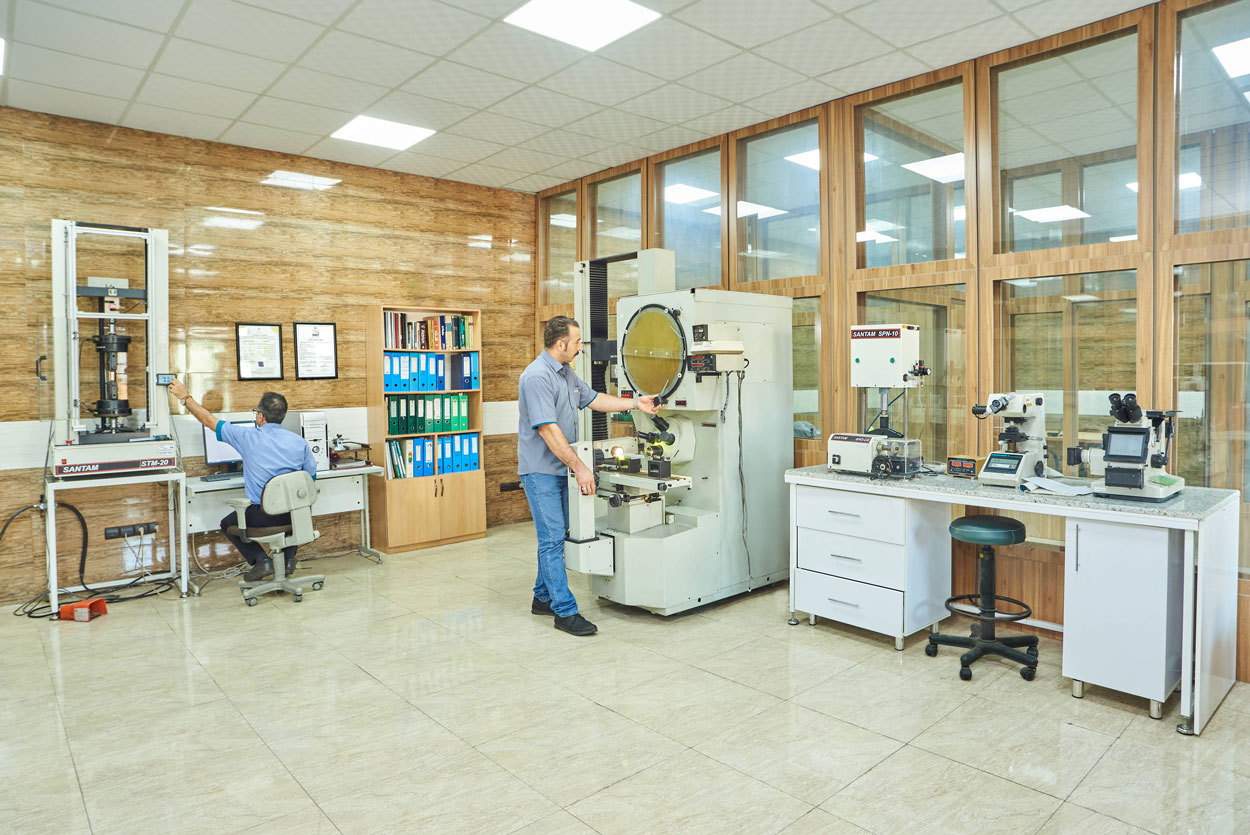 In 1995, Radiator Iran Co. as the first Iranian company succeeded in obtaining the international standard certificate of ISO 9002: Quality Assurance from DNV GL (Arnhem, Netherlands). Also, a result of significant achievements in designing products, it obtained the ISO 9001 certificate in 1988. In line with the quality goals of the company by attracting the cooperation of best consultants, staff training and continuous internal audits, it gained the QS 9000 certification in 2002. 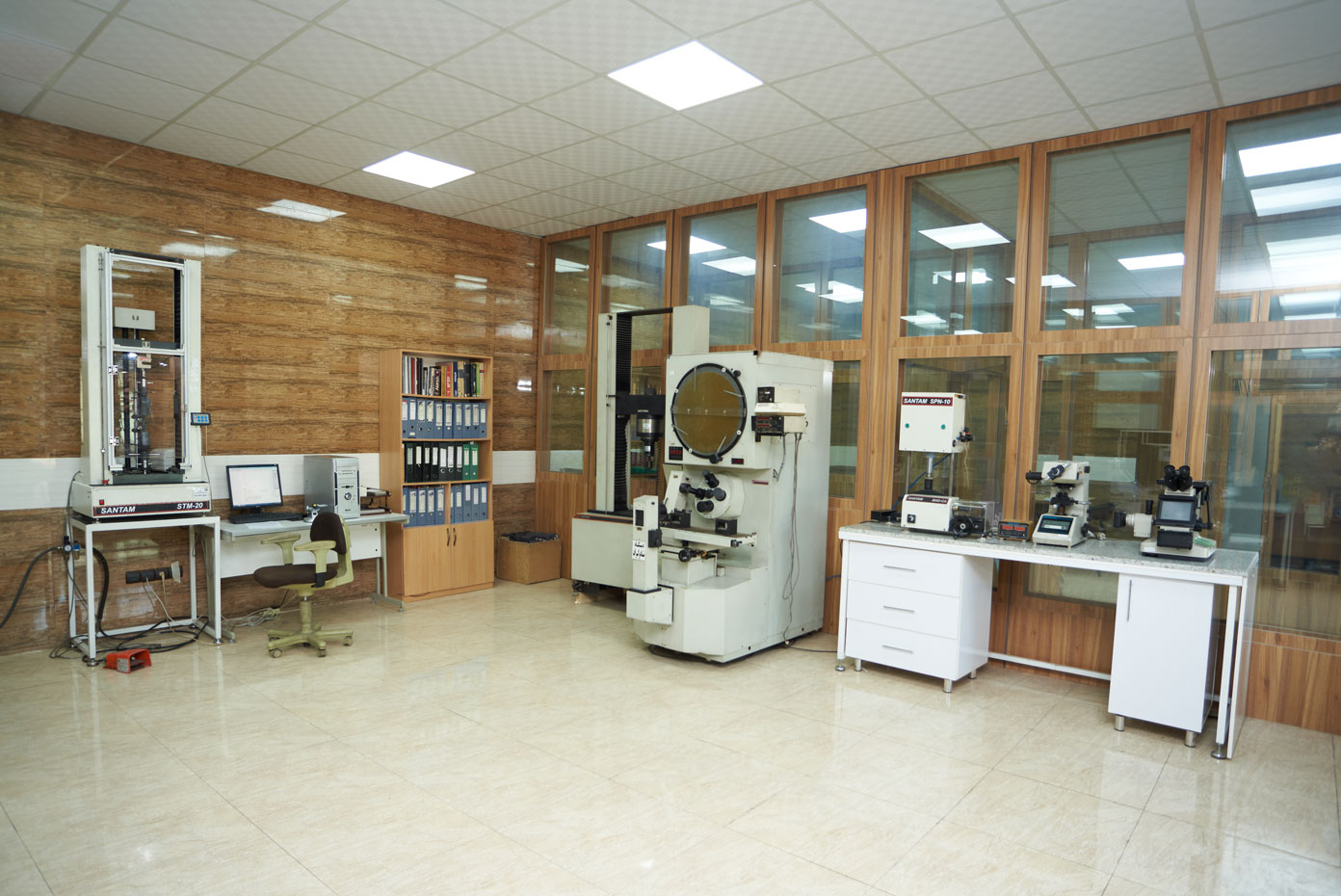 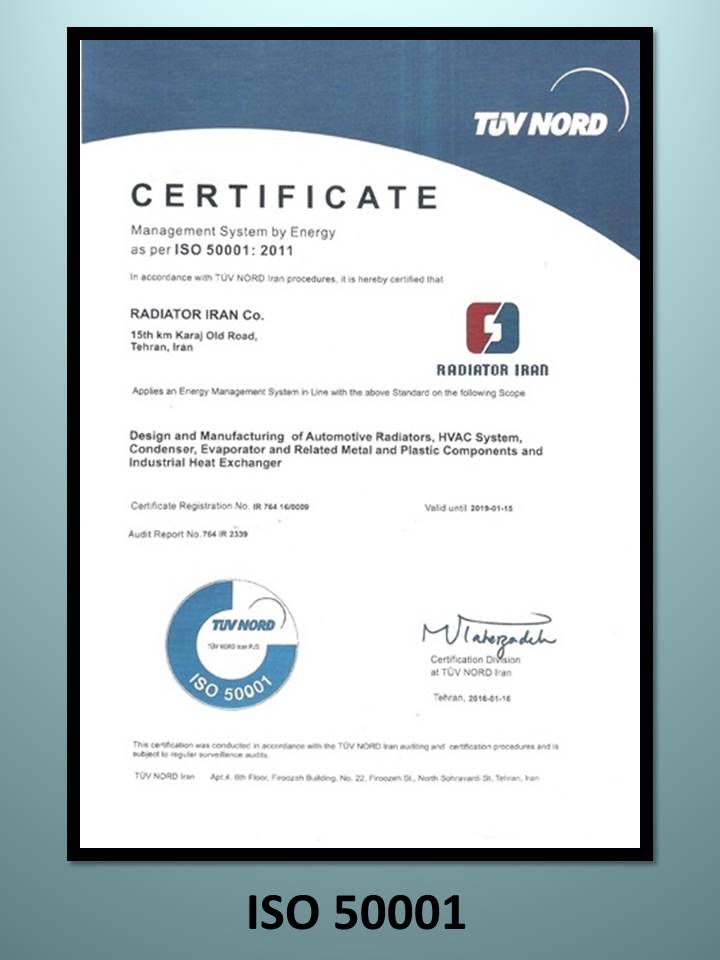 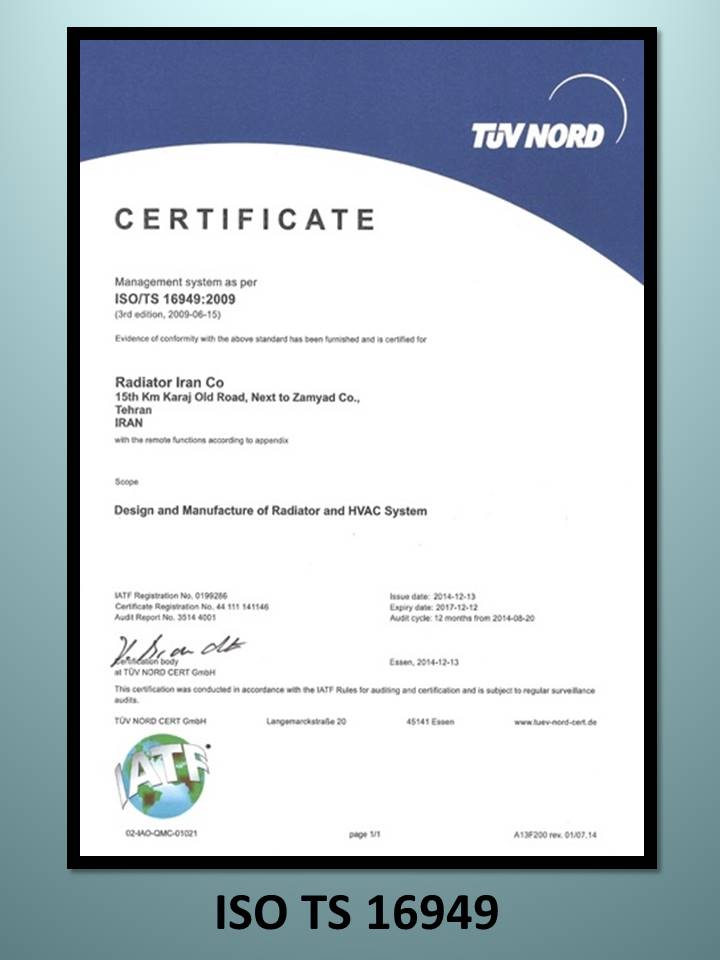 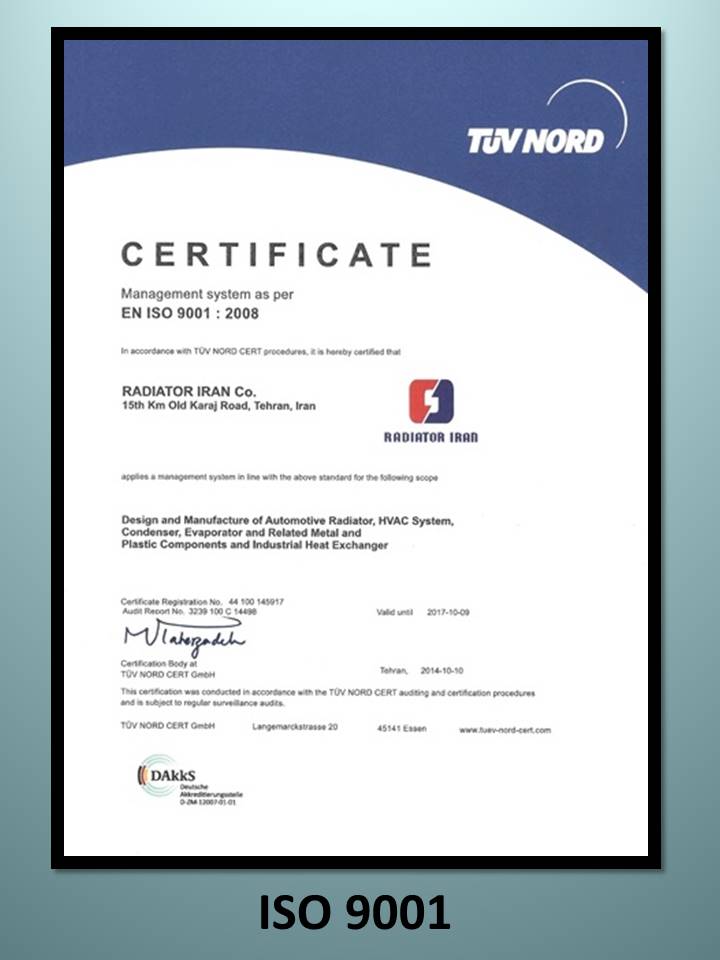 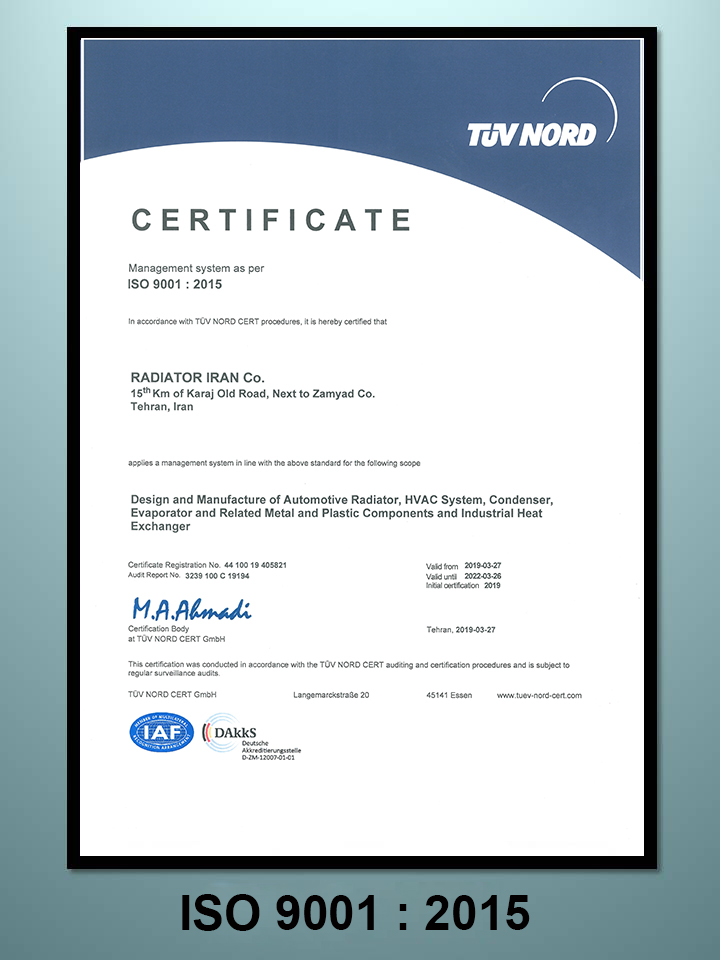 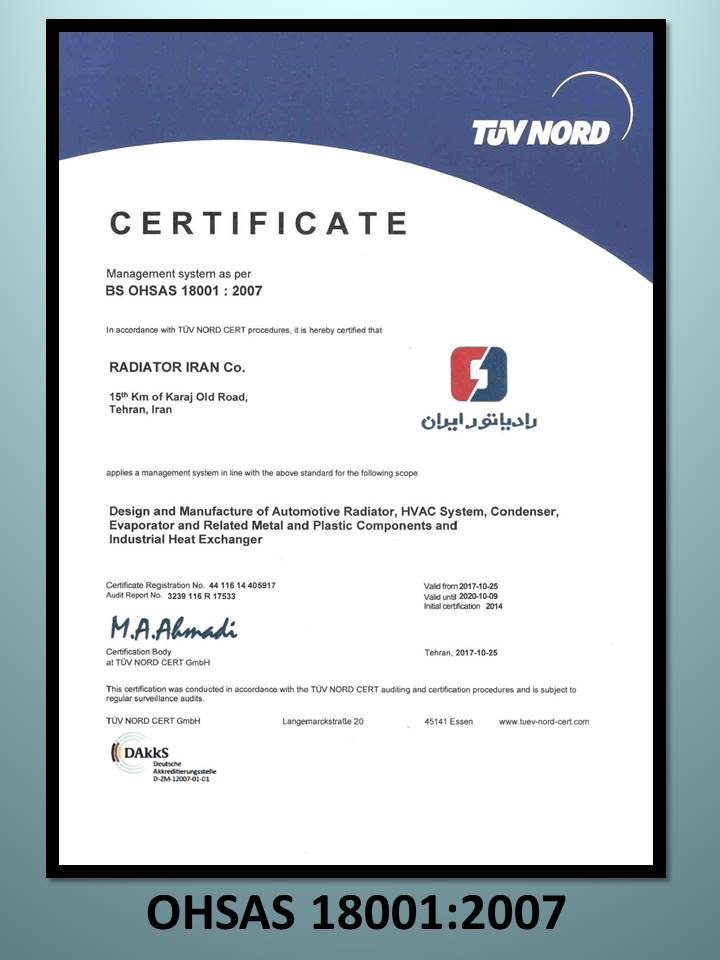 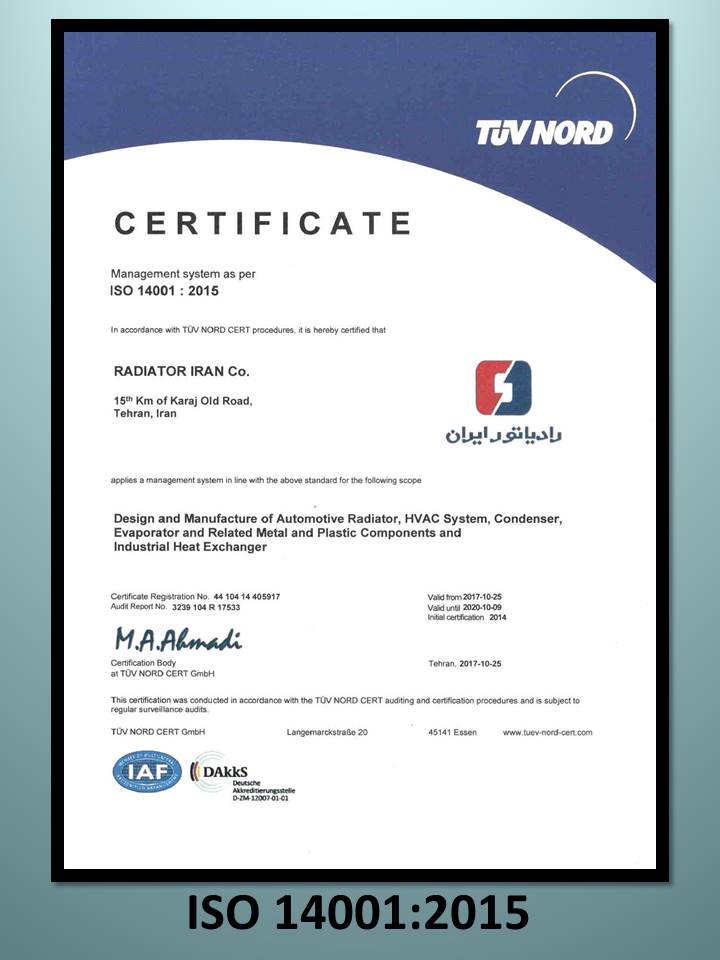 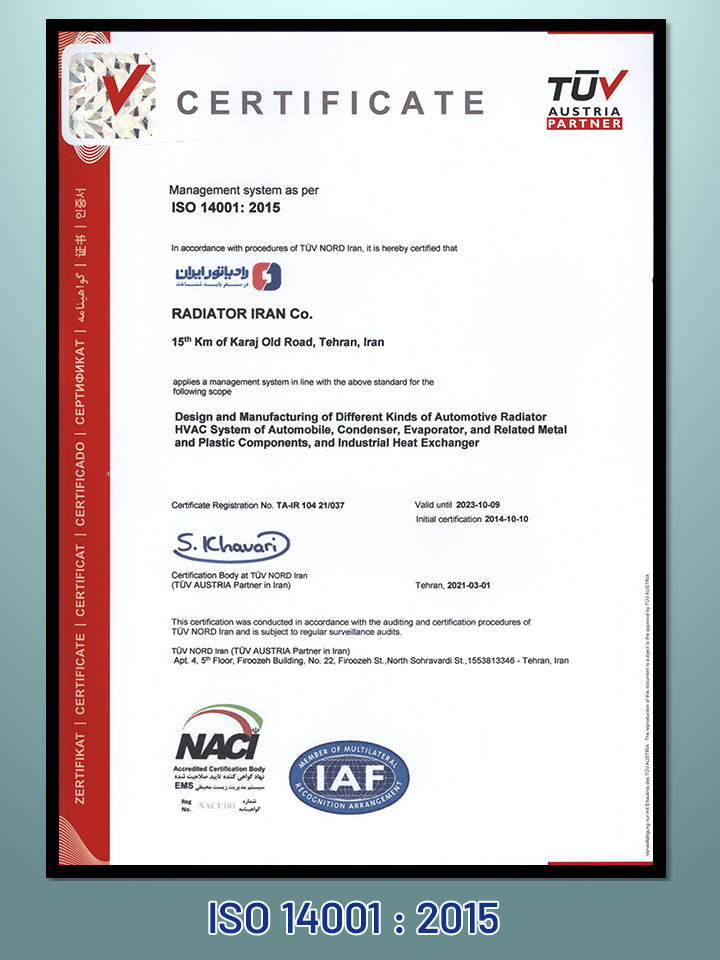 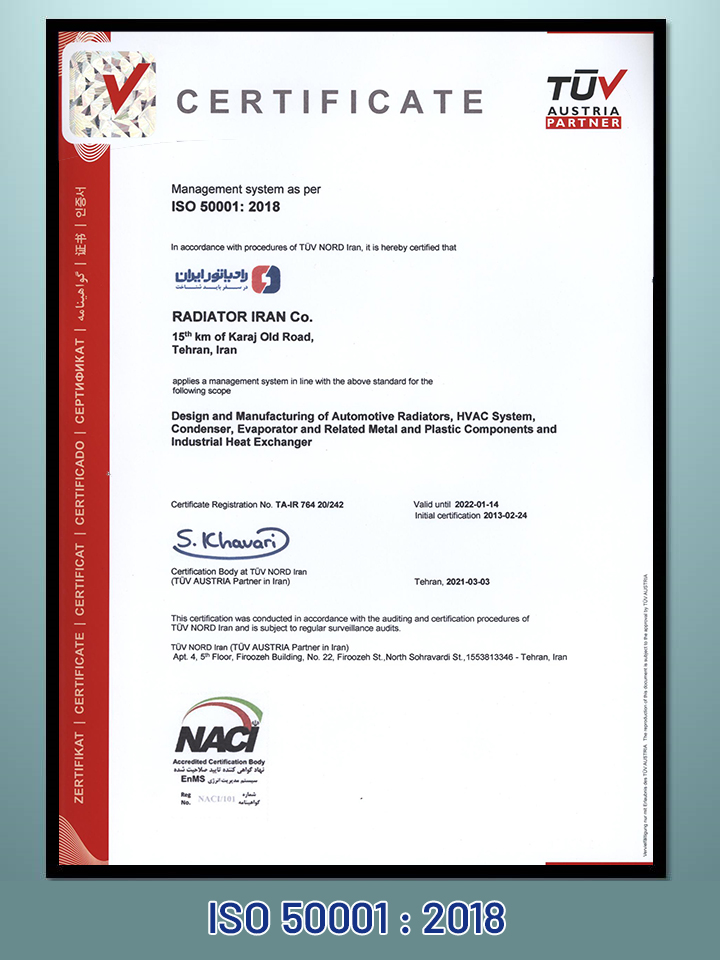 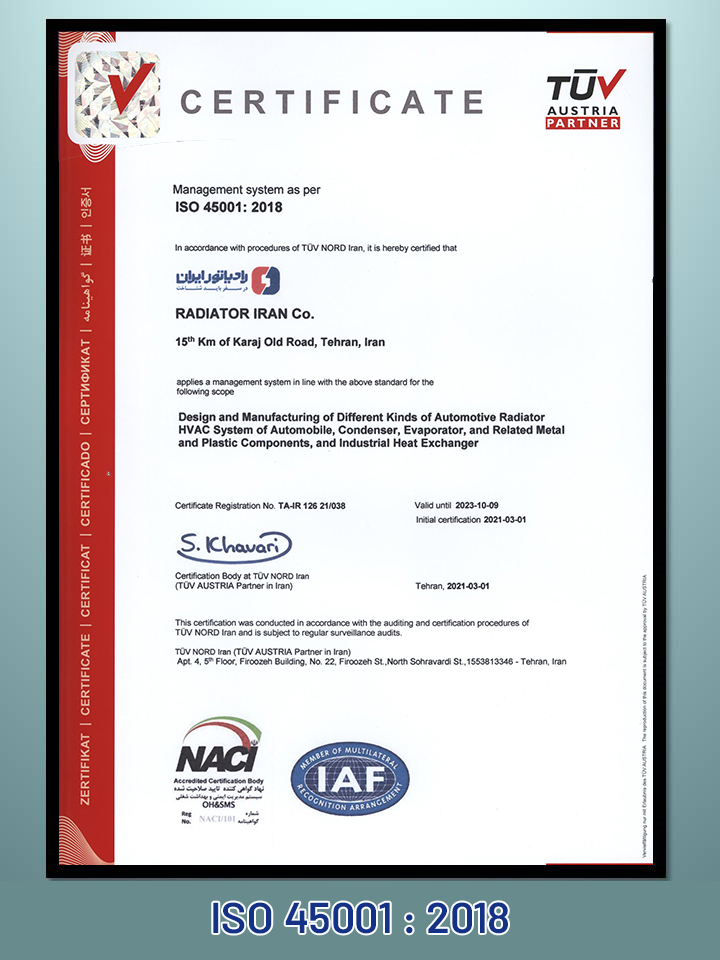